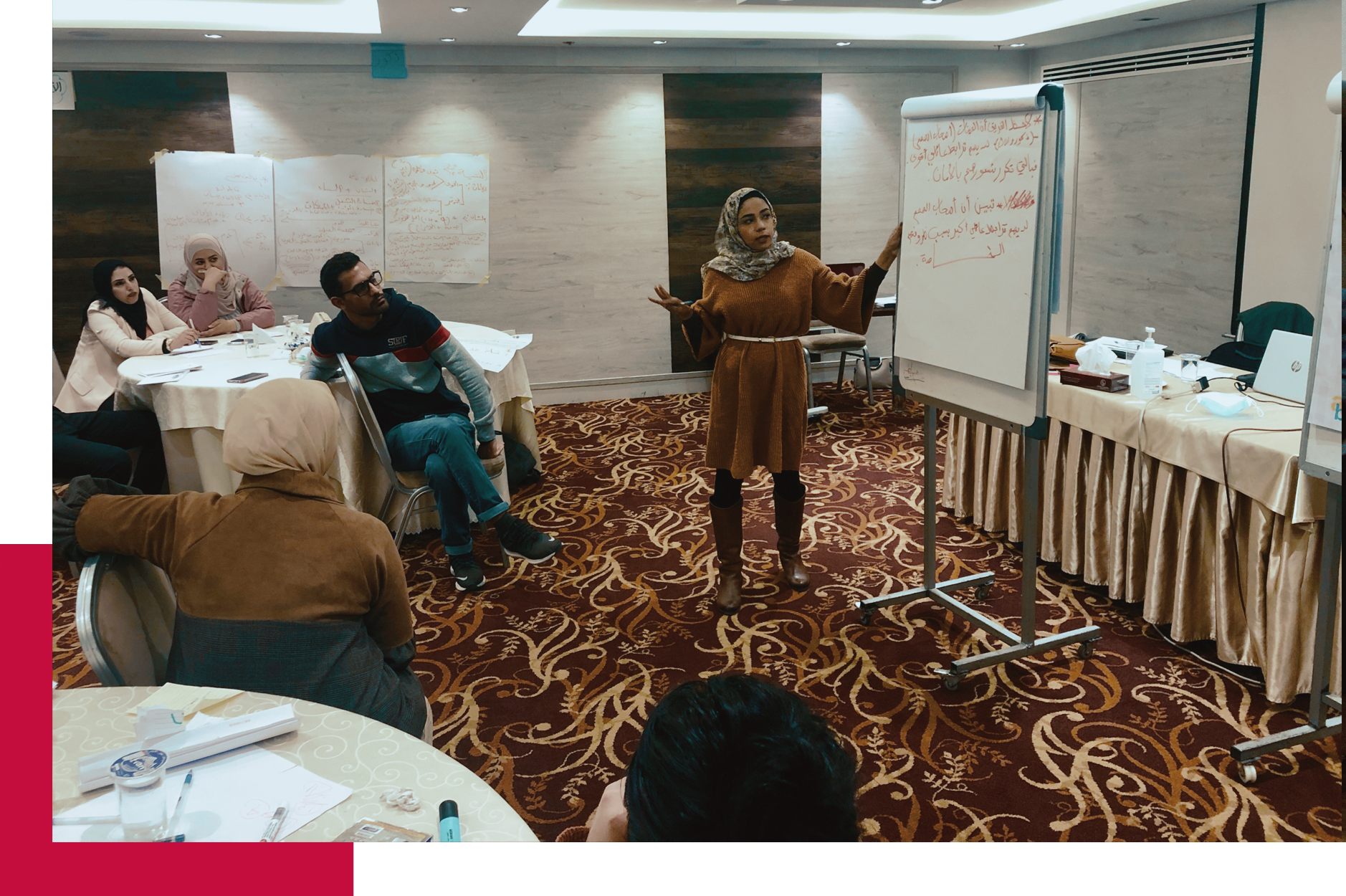 This is the first entry in a three-part series in which we seek to identify best practices in conducting community-led research initiatives whose findings can be used to drive community-led development programming.

Involving communities in development research is a critical enabler to ensure that international aid best serves the needs of those affected by insecurity and conflict. When research is driven by local knowledge and priorities, not only are the findings of greater quality, but community members are also empowered to identify and implement actions to address the findings of the research.

To this end, we’re working with a group of young Jordanians and trialling the use of a Community-Based Participatory Research (CBPR) methodology to find out why people may or may not choose to report online blackmail, bullying, sexual harassment and racism, either to official institutions, or to their immediate family and friends.

In this post, we’re sharing what we have learnt works well in seeking to set up a genuinely collaborative initiative that adheres to the highest research ethics and that produces accurate and ultimately actionable results – all while building the capacity of the community researchers involved.

We looked for applicants with a voracious appetite for learning, good links to their communities through volunteering and other such activities, as well as access to the different social networks of both locals and refugee communities.

CBPR methodologies aim at getting to the heart of community issues by upskilling community members to explore topics that are important to them; by supporting the delivery of practical research findings; and by building trusting relationships among community researchers that can form the basis for action.

With this in mind, we based our approach to recruitment on the conviction that applicants’ motivation and passion for social change should be the deciding factor in their selection. Additionally, when selecting the team of 12 community researchers, we looked for applicants with a voracious appetite for learning, good links to their communities through volunteering and other such activities, as well as access to the different social networks of both locals and refugee communities.

Focusing on these qualities set the initiative up as one intended to be owned and led by the local community – a prerequisite for follow up action. It also aligned with CBPR’s constructivist view that the people who are closest to the subject of enquiry are usually best placed to describe and assess it. Given the limited opportunities for young people in our areas of operation to normally develop research skills, this methodology was also better suited to the context.

Building a trusting relationship with local communities is a key challenge international organisations can face when setting up a CBPR initiative. Here, outsiders often stumble in demonstrating an alignment with local development priorities, and in matching deeds with words. Though the intention might be there to let communities lead the research process, the differential in research and project management skills between professional development workers and some community members can lead to situations where the more experienced party, consciously or unconsciously, takes over control of project activities.

We therefore made a deliberate, continuous effort to keep sight of the fact that community members are best aware of the dynamics in their communities. We translated this viewpoint into action from the outset by framing the initiative as a two-way partnership, with each side contributing in equally important, but different ways. Siren’s team contributed with research, training and mentoring skills; the youth researchers contributed with the most crucial knowledge of their communities and a desire to take follow up action.

Though the intention might be there to let communities lead the research process, situations can often arise where the more experienced party, consciously or unconsciously, takes over control of project activities.

This framing allowed both parties to negotiate a collaborative agreement, or group contract, that laid the foundations of the partnership by clearly defining each other’s expectations, roles, and responsibilities. We negotiated the terms of this agreement in a six-day capacity development workshop, in which we trained the researchers on key research skills including interviewing, coordination and notetaking. Moreover, we facilitated a discussion in which the researchers identified the topic of enquiry, the target groups, locations and sample criteria.

Collecting data and beyond

Recruitment, training, and expectation setting done, we started collecting data related to people’s experiences of being exposed to online harassment and their reporting patterns. The researchers interviewed members of their local communities, gradually building a collection of stories that included key information, such as when and where the incident took place, how it made the person on the receiving end feel, who was involved, and the consequences.

In keeping with our commitment to upskill the researchers, we held debriefing sessions with each of them after their interviews. As the data came in, the debriefings allowed us to quickly identify the key issues that kept on being raised and collaboratively “induct,” or narrow down, the previously agreed upon research topic. The debriefings also meant that we were able to systematically keep track of the obstacles to involving the hardest to reach populations in the research, and then work together on plans to include them.

For the researchers, the debriefings additionally provided a safe space to ask questions, take ownership of their learning, and “decompress” after interviews on sensitive subjects. As one researcher told us: “During the data collection, I initially wondered why we needed to do debriefings … but it was actually really good because you see your mistakes, how to increase your strengths and reduce your weaknesses. Also, it affects me when I see someone hurt [by cybercrime]. The debriefings created a chance to get out whatever’s inside, and discuss it.”

Being community-led adds huge value by providing the team with access to the stories of people who, we believe, would not have otherwise trusted ‘outsiders’ with them.

Finally, as we are moving forward with this process, we are learning that partnering with the community means spending greater time on capacity building and ongoing coaching than more traditional (i.e. expert-led) research methods. However, being community-led adds huge value by providing the team with access to the stories of people who, we believe, would not have otherwise trusted ‘outsiders’ with them. Having the same team prepare the research tools, collect and analyse the data also means that the stories shared will be more faithfully recorded, respected and used in the analysis and write-up stages: details, meanings, and emotions will not be lost – as is often the case when a key informant interview is written down and given to someone who was not originally present.

Beyond the project, Jordan now has an additional group of youth who have strong research skills and capacities, and we’ll be looking out for how the researchers are taking the learning back to their respective academic, volunteering and professional circles. 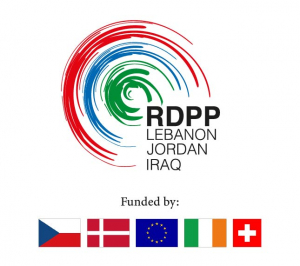 This project is funded by the European Regional Development and Protection Programme (RDPP II) for Lebanon, Jordan and Iraq, which is supported by the Czech Republic, Denmark, the European Union, Ireland and Switzerland. The initial capacity building of the youth researchers was funded by the Ministry of Foreign Affairs of the Netherlands. 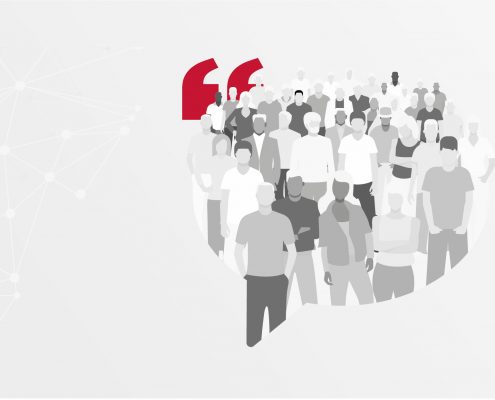 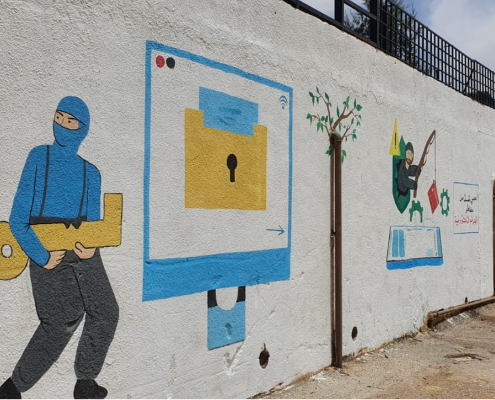 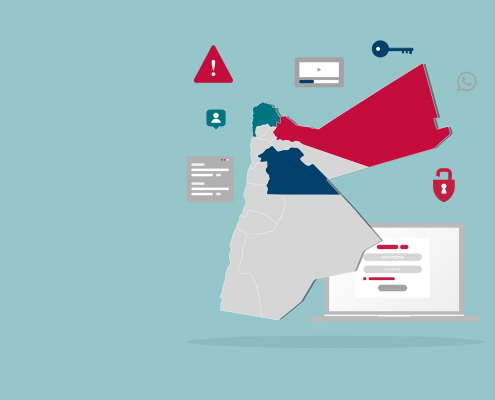