Statelessness: a human rights, not political issue in Lebanon

BEIRUT: Lebanon could likely settle the status of more than half the country’s stateless population by simplifying and accelerating the process for registering births late, new research from Siren Associates has indicated.

The research, released Friday to coincide with Human Rights International Day, examined the causes and consequences of statelessness in Akkar Governorate and found that 47% of stateless people in the area had been born to a Lebanese father and simply not registered at birth. This finding backs up Siren’s 2019 study on the phenomenon in Tripoli, which similarly found that non-registration was behind 63% of the cases of statelessness in the city.

For years, Lebanese leaders have politicised the issue, arguing that granting the country’s stateless access to nationality would alter Lebanon’s religious demographic balance.

“The numbers from both studies call into question the ‘hyper-sectarianisation’ of the political discourse around statelessness,” said Theodore Caponis, who led Siren’s research into the issue in Tripoli and Akkar. “Statelessness should instead be framed as a less politically polarising human rights issue.”

Statelessness can have a devastating impact on the life of individuals, as the right to a nationality is often a prerequisite to a range of other rights, including access to education, employment and healthcare. The study found that 76% of the stateless population in Akkar had been denied a proper education, while 63% of the respondents said that stress, shame and exploitation resulting from their status had disrupted their family environment. Forty percent expressed a need for psychosocial support.

“Left unaddressed, this issue will trap an ever-growing number people in a human rights limbo, and result in an even bigger challenge to the state,” Caponis said. “Our studies show that the stateless population could double within 15 years. There is an immediate need to simplify and accelerate the process for settling the status of non-registered individuals born to a Lebanese father, and to simultaneously start a nationwide mapping of the stateless population.”

The report contains a further set of actionable recommendations that aim at addressing the causes and consequences of statelessness by rectifying gaps in nationality laws, acceding to relevant conventions related to statelessness, ensuring that all existing rights for stateless persons are upheld, and using available digital resources to manage and solve all identified cases without delay or discrimination. 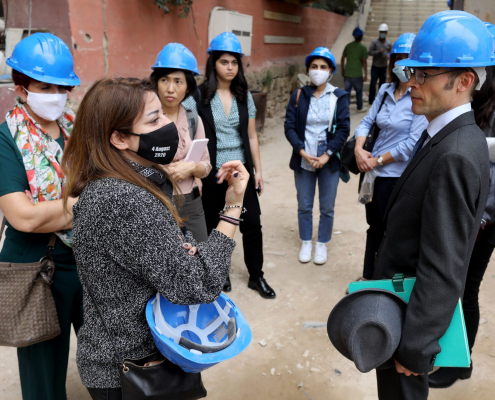 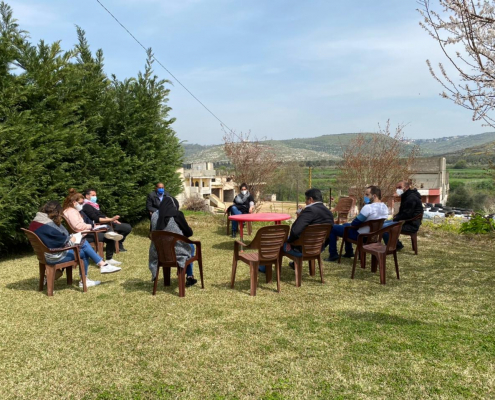